Sweet Sounds for Tired Eyes (Songs for My Father) 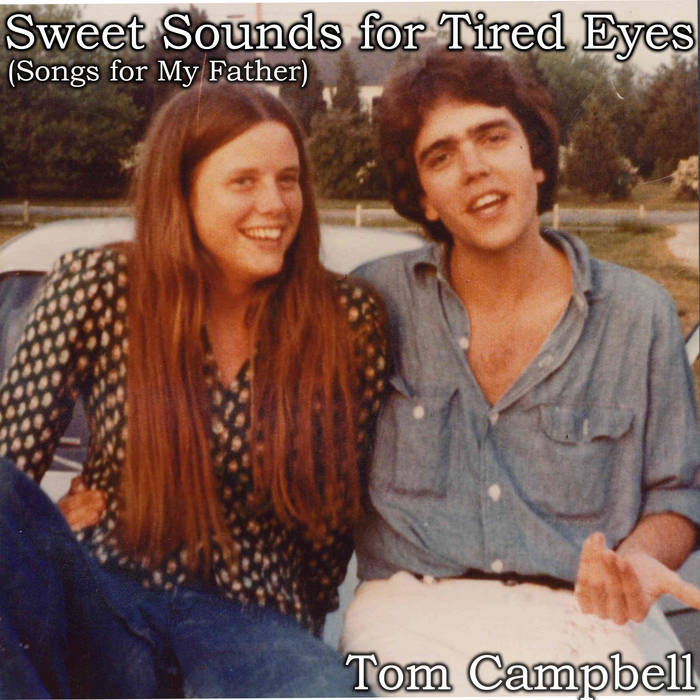 Though the letter below may not necessarily apply anymore, I think its sentiment still stands. Recording this album was a cathartic process for me. My dad often spoke of how much it meant to him. It's nice to get a message every once in awhile and see that people are still listening. As I said when I wrote the album, "I wanted to make it public so that I'd know that other people are thinking of my family and are thinking of him. I'll feel better knowing that."

Thank you for listening. It has meant and will mean a lot.


When the album was first released, it was accompanied by this letter:

In the fall of 2013, I learned that my father had been diagnosed with lung cancer. While I was home visiting, he mentioned in passing that he missed hearing me practice. With the help of a friend, I recorded a ten-track album as a gift to him. At his suggestion, that album has now been released publicly.

"Sweet Sounds for Tired Eyes" is by far the most intimate thing I have recorded. More so than any other material I've written, these songs served as a catharsis, a way for me to focus my energy into something creative when so much seemed beyond control. Not only that, but the recording process itself was simple and unpolished. All songs were recorded live. I just sat at Derek's table and played a set. I didn't want my dad to hear this and think, "So that's what my son sounds like with a full band and production." I wanted him to listen and think, "Yes, that's how it sounds when I sit on the porch, reading my book, and I hear him practicing." It is an album I felt like I had to write. I'm content to have it finished. My father is happy to hear it. Now, I hope that it can help someone else in the way that it helped us.

On the one hand, I decided to release this publicly so that I'd have the opportunity to continue this as a gift for my father. On the other hand, I wanted to make it public so that I'd know that other people are thinking of my family and are thinking of him. I'll feel better knowing that.

With that in mind, I will be happy to share any messages that are sent with my family and I appreciate you sending this along to people you think might enjoy it, or might get something out of hearing it.

Thank you for listening.

Cover photo of Dennis and Patricia Campbell taken in June, 1974, on Cape Cod, by their friend, Mary. Cover design by Tom Campbell.

Bandcamp Daily  your guide to the world of Bandcamp